The functionality of this software is to permanently omit the locked Apple account, through the series of the device and its IMEI, and by performing a Jailbreak, thus unlocking iCloud.

Only the download of the files hosted in our private cloud is required, they have the function of hiding the ID locked and therefore allow you to create Apple ID.

Mar 10, 2019 Furthermore; it is unnecessary to install any additional utilities on your iDevice for bypass iOS 12.4/ 12.4.1/ 13 iCloud lock with this great doulCi activator 2019 tool. It is trouble free and so. SUBSCRIBE AND LIKE FOR MORE DOWNLOAD LINK: IF U WANT LYRICAL V.

It is a free removal software, of the different screen messages of iCloud locks, such as MDM, FMI. The process is really fast and easy to do, we offer the tutorials for iPhone, iPad, iPod. You only need to connect your device to the computer and then run the DoulCi Activator iCloud iUnlocker script, which will help remove iCloud lock in less than 20 minutes. Also known as DoulCi Server iCloud, it offers the user the ability to recover their Apple device. It is compatible with all Apple computers and with all iOS updates.

With the release of the new beta version of iOS 13 and iOS 12, our DoulCi iUnlocker 2019 – 2020 activation tool is ready to offer support. We decided to recover the download server from DoulCi Activator (unlock iCloud server), without the need for iTunes during the activation process.

You can Bypass iCloud activation lock with the DoulCi tool. It is easy to use and all you need to do is connect your device. Download DoulCi iCloud iUnlocker from our dedicated SSD server.

After downloading, follow our instructions to unlock your device. This tool makes available the codes found on the DoulCi IP server, to make this permanent omission without having to perform an IMEI Check of the Apple device, it automatically goes from Apple’s black list to the white list, without Need to reset the account ID and leave the device without any information, this can be achieved because it has the ability to create a backup automatically, without iTunes and the security add-ons that have many of these tools.

The DoulCi team thought a lot about this type of tool, as it offers many solutions, in addition to unlocking iCloud, which is its main function, diagnoses errors in the operation of these devices, not to mention that it releases the iDevice for operation on any global network

Our unlock method is 100% real and free, but you must first obtain a Zip file.

This software works on Mac, Windows and even Linux. 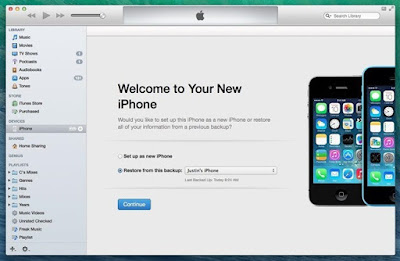 We are pleased and really eager to give this fantastic information to iOS users that DoulCi has released an Activator which is fully capable to bypass the iCloud Activation Lock.

The application called as ‘DoulCi Activator’ will save an iOS user a large amount of bucks which they are forced to spend on iCloud Activation Lock to unlock their iPhone/iPad to its full potential and capability.

Awesome and excellent thing is that the application ‘DoulCi Activator’ is fully free and no cost will be levied on its usage, malware and all.

This application has proved that in current technical scenario nothing is impossible. Doulci activator 3.1, 2/2.5/2.3 are working efficiently to bypass icloud activation lock. 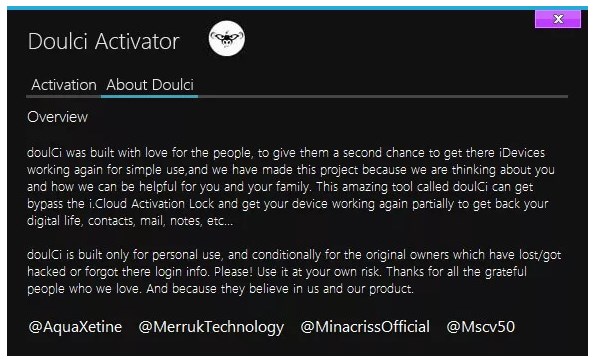 Though we can go to Apple’s website and enter the asked security information on Reset Password Page and reset our iCloud Activation Lock but nowadays people seldom remember the security questions and other details they have entered so making the impossible convert to possible DoulCi Activator is here. Doulci activator for iOS 9.3, 9.3.1, 9.3.2 or iOS 9.4/9.2.1 or iOS 9.2/9.1/9 or iOS 10 to Bypass icloud activation lock without any survey is possible with this article.

Steps for evading the iCloud Activation Lock are simple but before describing the steps the readers of this article need to see some important facts related to the DoulCi Activator :- 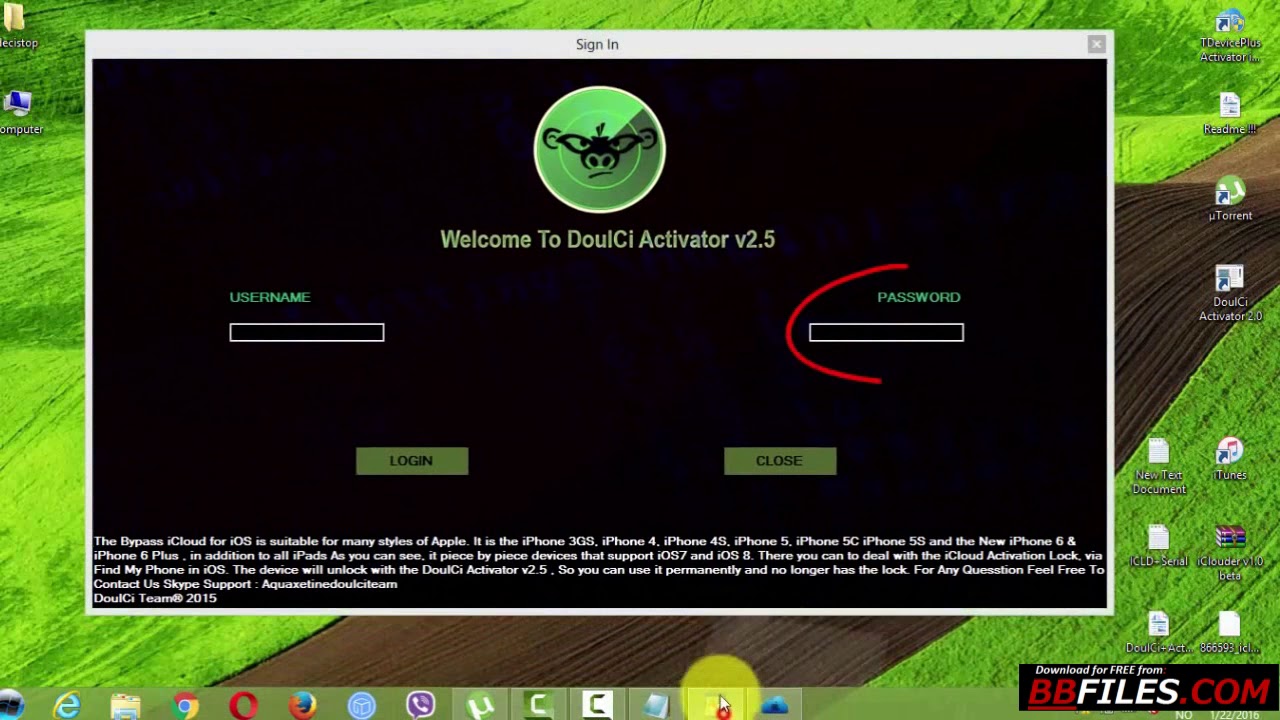 Above mentioned two things most people refer as drawbacks and limitations but we can’t call them like that as these two things are positively done in interest of the application.

Following are the simple steps for bypassing the iCloud Activation Lock:-

Now the only thing left to do is creation of a new Apple ID for the unlocked iOS device and enjoy all the central functions of the device without having to spend so many bucks for bypassing iCloud Activation Lock. If you face any problems like Doulci activator not working then feel free to ping us via comments. And don’t forget to give feedback on doulci activator for iOS 9.4, 9.3.4, iOS 9.3.3, 9.3.2 or iOS 9.3.1/9.3/9.2.1 or iOS 9.2/9.1 or iOS 9 or iOS 10 to bypass icloud activation lock.