When Apple TV+ launches on November 1, it brings with it five original titles: four TV series and one movie. This seems like a modest start, but it's four more titles than Netflix had when it first started hocking original programming in February 2013. 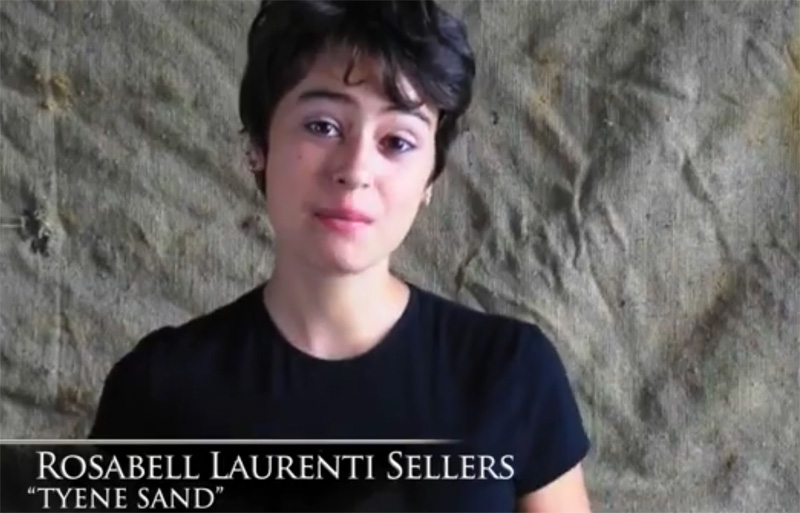 The difference is Netflix's first release, House of Cards: it was an out-of-the-box critical hit (and landed in a cozy bed of other familiar TV and film options). For Apple TV+, things aren't so clear-cut. Of the four series on offer, the most ambitious is the science-fiction story See. Apple never came directly out and said this show was its Game Of Thrones-like series, but the size and scope (and the casting of Jason Momoa) draw natural comparisons. Of the three episodes screened for review, that ambition is absolutely on display.

The final season of Game of Thrones will begin in a few short hours. Apple TV Needs the PS5 and Xbox Series X. Apple Doesn’t List Any Australian Carriers as Offering 5G for iPhone 12. ‎The long winter is here. Throughout seven thrilling episodes, the penultimate Season 7 focuses on a convergence of armies and attitudes that have been brewing for years. There's no denying Aussies love 'Game of Thrones', what with it being one of the most pirated series of all time, and Aussies at the top of that list of downloaders.But thanks to Foxtel's latest. Game of Thrones is an American fantasy drama television series created by David Benioff and D. It is an adaptation of A Song of Ice and Fire, a series of fantasy novels by George R. Martin, the first of which is A Game of Thrones. The show was shot in the United Kingdom, Canada, Croatia, Iceland, Malta, Morocco, and Spain. Series Premiere. A Night's Watch deserter is tracked down outside of Winterfell, prompting swift justice from Lord Eddard 'Ned' Stark, and raising concerns about the dangers in the lawless lands north of the Wall.

But See is no Game of Thrones. It's closer in nature to the campy fantasy of the 1980s or a SyFy Saturday night movie like Zombie Tidal Wave, albeit with a much larger budget.

On paper, See looks like the type of show a streaming service with deep pockets and a flair for disrupting established norms would put its chips on. Centuries after a worldwide pandemic wiped out 99% of the population and blinded all the survivors, small bands of sightless humans live in nomadic hunter-gatherer tribes in the Pacific Northwest. One day, a tribe called the Alkenny take in a lost pregnant woman, Maghra (Hera Hilmar). After being wed to the tribe's chief, Baba Voss (Jason Momoa), who has no heirs, she gives birth to a pair of twins with an ability no one had experienced in hundreds of years: sight.

Using a visual medium like television to imagine how the human race would survive without vision is a bold choice. Apple TV+ has committed to doing so conscientiously, with the production hiring consultants, cast, and crew who are blind or have low vision. The series works hard to avoid ablest clichés, with scenes that frame the intimate use of touch to define how close (or how far) characters are in their connections. And the 'heightened sense of hearing' angle plays incredibly with a top-notch surround sound system. Every snap, crackle, and sigh that rings through the world's river-lined forests and solemn bonfires allows the viewer to understand this is how the characters experience the world, without tipping into obtrusive.

Would that the rest of the show lived up to that standard. It's not easy to pull off fantasy of this nature without accidentally falling face-first into campiness. The first step is to know there's a fine line to walk. Unfortunately, See doesn't seem to have noticed. The show's first scene features Alfre Woodard as Paris, the tribe's midwife, 'singing' the twins into the world. Jason Momoa's first appearance has him leading his people in a tribal war dance that feels pulled straight from Game of Thrones' Dothraki, complete with made-up language. Within the first half-hour, the series puts on a full-on tribe-on-tribe skirmish that goes on for the better part of eight minutes. Later on, Momoa attempts to go mano-a-mano (or perhaps mano-a-urso) with a large brown bear.

In the right hands, or as isolated moments with room to breathe, these scenes might have worked. But smashed back-to-back in such a short amount of time, they're overwhelming. Then there's the juxtaposition of these scenes against the introduction of the evil Queen Kane (Blade Runner 2049's Sylvia Hoeks). She reigns from inside a nearby dam, one of the few places electricity still works. Here, the population wears faux-medieval garments that wouldn't be out of place at a Renaissance Faire, and everyone stands around arguing about their version of urban decay. Hundreds of years after the destruction of modern life in the 21st century, there stands Queen Kane, listening to Lou Reed's 'Perfect Day' on vinyl, on a setup that looks straight out of 1983 (proof that there will always be hipsters, no matter what befalls civilization).

She then dismisses her servants to 'pray,' which it turns out means a variety of sexual acts (solo or group) while dramatically reciting plot plots. Everything down below is off screen; this isn't Cinemax, or even HBO.

But See still feels like overkill, considering that even HBO decided 'sexposition' of this nature was passé by 2015. And it's a curious decision when we consider rumors that Tim Cook wanted Apple TV+ to be viewed as a PG-rated destination. Paired with the first half of the episode cutting back and forth to the birth of Maghra's children, Kofun and Haniwa, we can come to a troubling conclusion: of the three main female characters, two are mostly reduced to their vaginas, and the show obsesses over what's coming out or going in.

Stay for the unintentional hilarity

Queen Kane isn't the only one strangely stuck on mid-20th-century pop culture either. Part of See's theme is that those with sight will change the world because they will read books and learn from the mistakes of the past. But it seems hard to swallow that a pair of teenage children raised to hunt and fish in a technology-and-vision free world are going to connect to George Orwell's 1984 or understand the racial dynamics at play in To Kill a Mockingbird.

These books may represent great works to the Apple execs who greenlit this show. In the actual story at hand, they're as incongruous as the plastic water bottles that still populate the landscape. At least it makes sense that the water bottles haven't disintegrated over time.

Pitfalls like these might be inevitable when a company whose focus has always been about the delivery of entertainment suddenly tries to make entertainment itself. Unlike Netflix, which has slowly morphed from 'videos through the latest medium' to an entertainment company, no one would mistake Apple for the latter, at least not yet. Sure, they've been in the business of music for nearly 20 years, but iTunes was always just in the service of selling iPods and iPhones. The move into movies and television by iTunes (now Apple TV) was never about the content itself; it was about hardware.

With two billion devices (give or take) already in the pockets of consumers, ready-made to stream an integrated service that's priced to move at $4.99 a month, it makes a bit more sense that Apple would spend over $1 billion to enter this entertainment sweepstakes. But reports of bumpy series development had us fearful of how Apple's TV-development chops would play out.

See is fascinating in its bizarrely campy way. Most of the twists that are set beyond the third episode are easy to guess, or they're telegraphed loudly enough that they aren't surprises. That being said, given the opportunity to keep bingeing, I would probably watch on, just for the unintentional hilarity. The show is not quite 'so bad it's good,' as much as it is 'passable enough to put on in the background on a lazy evening.'

Game Of Thrones On Dvd

The show heralds a new era where bad science fiction is no longer easily defined by cheap CGI sharks or lousy lighting effects. Sorry, SyFy, but the so-bad-it's-good stuff now looks as expensive as everything else in the streaming era. At least by attempting to aim for 'does it seem like the sort of thing one might call 'The Next Game of Thrones,' See has landed somewhere far more experimental than it might have done otherwise. Just don't be surprised if you find yourself laughing in all the wrong places.

See premieres on Apple TV+ on Friday, November 1, with three episodes before moving to a weekly format.