There’s something a bit poignant about the process of music growing older. When the tide is in it’s all a calming blue, when it goes out you’re left with the imperfections that were always underneath. Nostalgia can paper over these, but generally new songs in a retro style are more popular than music that was the future once.

These thoughts surface while listening to Equinoxe Infinity, the latest album by Jean-Michel Jarre, an artist whose sound ‘kept with the times’ for a while but stopped updating sometime in the late ’90s when trance and eurodance were big.

It feels a little uncharitable to say this about an artist at the ripe old age of 70, when most other genres don’t value modern production styles as much. But it does leave the pitch-shifted vocal samples of Infinity (Movement 6), first heard in 1984’s Zoolook, sounding a bit ridiculous in light of how far technology has surpassed it – Where Are U Now this ain’t. The less ‘contemporary’, more odyssean sections such as the title track (Movement 10) fare better, as their spacey atmosphere has aged better despite harking back to the earliest points of Jarre’s career.

Equinoxe Infinity opens with The Watchers (Movement 1), the album’s most cinematic moment with bassy rumbles and plenty of swirling sci-fi sound effects. The synth lead is epic, the sound design is immaculate and the record is given a near-perfect start. The following track, Flying Totems (Movement 2), is the first sign of that dated aesthetic, synths and sequences that haven’t been heard in about 20 years, but here the effect is more charming – and besides, why hasn’t the music of Gouryella and Mauro Picotto experienced a revival yet? Kitsch becomes less of a dirty word as the synth strings rise in euphoric fashion.

Robots Don’t Cry (Movement 3) pays homage to Jarre’s breakout single, Oxygene IV, borrowing its drum machine and its driving 6/8 meter. The track comes and goes without much of an impact, and a wandering mellotron line can’t save it from all being a bit forgettable. All That You Leave Behind (Movement 4) also fails to impress with its awkward rhythms and clunky bassline, and at times the elements don’t seem to line up properly. The record at its best shows the compositional vitality of early electronica’s best records, but at its worst it can sound surprisingly amateurish.

Better moments come later on: the propulsive beat of The Opening (Movement 8) and buzzing saw lead could easily soundtrack an action sequence in computer animation, all video game graphics and rubbery surfaces (think 2007’s Teo & Tea video). It is Don’t Look Back (Movement 9), however, that provides the album’s real highlight with its crystalline string samples and the audio equivalent of water droplets rippling out into surreal reverb. The basis of the track is simple, but what comes out of it is exquisite and makes the case for Jarre’s continuing relevance better than anything he has made in years.

The earlier sci-fi comparison is apt, with Jarre as electronic music’s George Lucas, updating his classics with new technology that doesn’t always do the original style any favours. The magic of the original does resurface in plenty of places though, and the tracks that play to Jarre’s strengths as a producer yield some magical results. In the era of Stranger Things and synthwave, the more traditional aspects of his sound could have shone through more, as they did in 2016’s superior Oxygene 3. But Equinoxe Infinity is still worthwhile in its own patchy way. Let’s call it a neap tide. 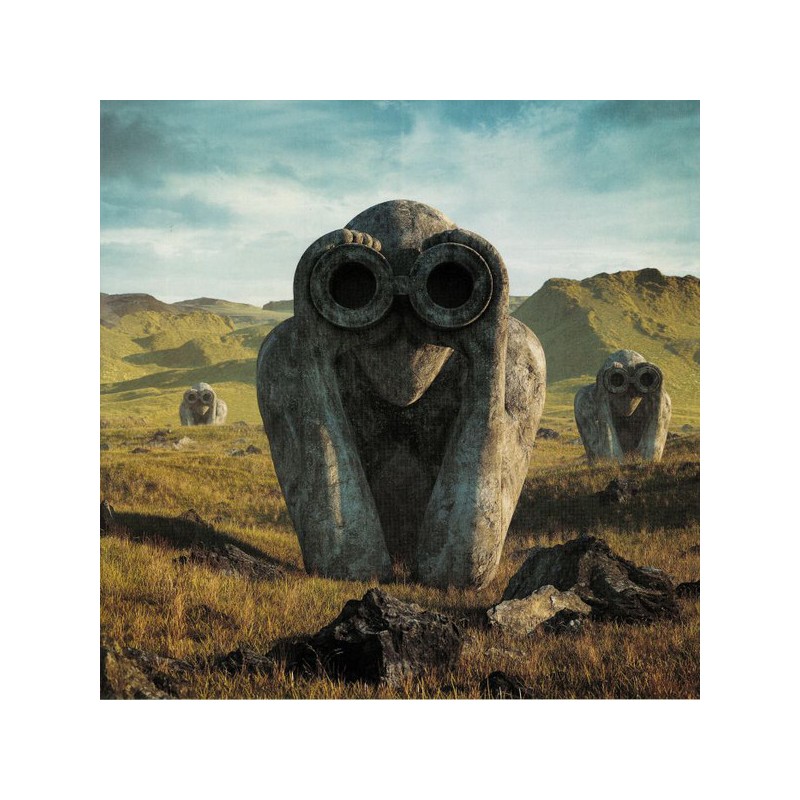 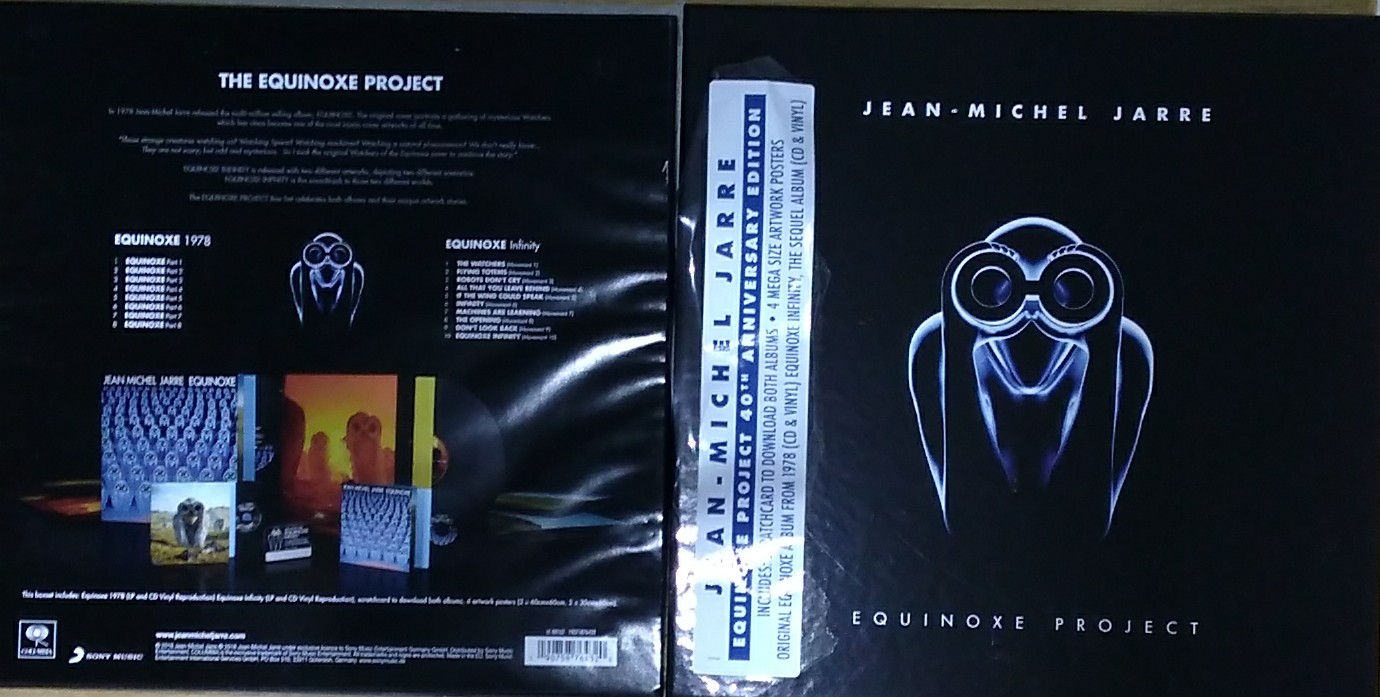 On 16 November 1978 appeared ‘Equinoxe’. Forty years later, his successor appears for the day. In 1978, Jean-Michel Jarre composed and produced an album that would reflect the music of our future, revolutionizing electronic music history. As a supporting element, it was ‘Equinoxe’ to the ‘Watchers’ (the observers), which were seen on the original album cover in infinite numbers. These Watchers were in 1987, in an emerging era of technology and innovation, a symbol of machines watching us. An early vision of what the future would bring us.
On 'Equinoxe Infinity', Jean-Michel Jarre continues this idea. The new work will be released with two covers by artist Filip Hodas. The one version embodies a future in which man lives in harmony with nature. The other version shows the destruction that machines and humans could bring across the planet. For the well-known as innovator and pioneer Jean-Michel Jarre, the topic of Artificial Intelligence and Man vs Machine is the most important and explosive topic for the future of humanity. For his thoughts JARRE was honoured in 2017 with the Stephen Hawkings Medal for Science.
Jean-Michel Jarre, keyboards, synthesizers, effects, production
Download Link Isra.Cloud>>>
Jean-Michel_Jarre_-_Equinoxe_Infinity_FLAC.rar - 507.2 MB
Jean-Michel_Jarre_-_Equinoxe_Infinity_Hi-Res.rar - 972.9 MB
Jean-Michel_Jarre_-_Equinoxe_Infinity_MP3.rar - 187.8 MB