Parts for the W123 Chassis Mercedes-Benz, Manufactured from 1976-1985. These vehicles are considered by many to be the best-engineered production car ever made. They are possibly the most popular of the classic Mercedes-Benz models, in part due to the popularity of biodiesel and vegetable oil-based fuels used in the diesel models. The W123 was launched here late in 1976 and went on to become the best selling Mercedes-Benz of the 1970s and early-1980s. It was a mid-sized model capable of accommodating an average family in comfort with enough room left over to swallow whatever luggage they wished to take with them. Find Mercedes W123 at the best price. There are 18 listings for Mercedes W123, from $1,000 with average price of $7,691. The W114/W115 models replaced the W110 Fintail models stemming from 1961, and were themselves replaced by the W123 series after 1976. The Mercedes-Benz W114/W115 was the mid-sized saloon model for Mercedes, positioned below the S-Class. Mercedes also launched its first 5-cylinder diesel engine OM617 in this chassis. 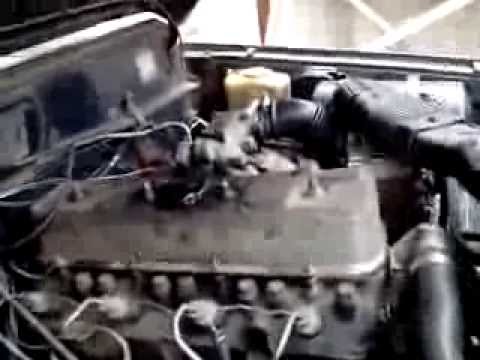 The Mercedes-Benz W114 and W115 models are a series of coupes and sedans introduced in 1968 by Mercedes-Benz, manufactured through model year 1976, and distinguished in the marketplace by nameplates designating their engines.

All were styled by Paul Bracq, featuring a three-box design. At the time, Mercedes marketed sedans in two size classes, with the W114/W115, positioned below the Mercedes-Benz S-Class.

Beginning in 1968, Mercedes marketed their model range as New Generation Models,giving their ID plates the designation '/8' (due to their 1968 Launch year). Because they were the only truly new cars of the so-called 'New Generation' and because of the '/8' or 'slash eight' designation, W114 and W115 models ultimately received the German nickname Strich Acht, loosely translated into the English Slash Eight.

The W114/W115 models were the first post-war Mercedes-Benz production car to use a newly engineered chassis, not derived from preceding models. The new chassis format of semi-trailing rear arms and ball-joint front end, first displayed in the W114/W115 chassis would be used in all new Mercedes passenger car models until the development of the multi-link rear suspensions of the 1980s. The W108/109 S-Class chassis of the 280S/8, 280SE/8 and 300SEL/8 (and W113 280SL Pagoda) would be the last of the low-pivot swing axle and king pin/double wishbone front ends. The next S-Class -the W116 chassis- having the same engineering of the W114/115.

The Mercedes-Benz W114/W115 was the mid-sized saloon model for Mercedes, positioned below the S-Class. Mercedes also launched its first 5-cylinder diesel engine OM617 in this chassis. It followed heavily in the direction set by the W108/109 S-class, which was launched in 1965 and heralded the new design idiom. The car was designed by French auto designer Paul Bracq who was chief designer at Mercedes-Benz for models from 1957 to 1967, a period that included models such as the Grosser Mercedes-Benz 600. Bracq was also responsible for BMW designs (1970–74) and Peugeot designs (1974–96).

The W114 received a facelift in 1973 - with a lower bonnet-line, lower and broader grill, a lower placement of the headlamps, A-pillar treatment for keeping the side windows clear, ribbed tail lights to minimize occlusion of the tail lights with road dirt, and larger side mirrors. The interior received inertia reel belts and a new padded steering wheel with a four-hole design.

Like its saloon variant this car also boasted advanced technological innovations. 1969 saw the introduction of the Bosch D-jetronic fully electronic fuel injection system into the 250CE. This was the first ever production Mercedes-Benz to use this system.

Other innovations in the W114/W115 models include a center console (a first in a Mercedes sedan), ribbed taillights in 1974. All coupe models used the 6-cylinder engine (and thus were W114s) and were designated with a 'C' in the model name.

The W114/W115 was introduced in North America in 1968, but with fewer engine choices than elsewhere. These models from the start had unique headlights, utilizing a sealed beam lamp instead of the H4 type used in the European models. Bumpers changed frequently and there were at least three different bumpers used over the production run in NA. For 1974 the bumpers grew significantly due to new DOT requirements.