Invocation is a way to add additional stat to equipment. Stats will get is depending on the levels; basic, intermediate, advanced, master, virtuoso. With higher level comes greater bonuses. 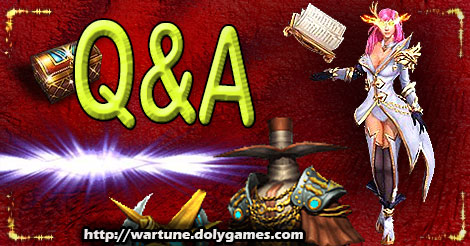 The Latest Posts on Blacksmith

Knights can be one of “Three Builds.” Common thought is that there are two “Pure Builds” and one “Hybrid Build” for Knights as well as most classes. There is thought that Knights can not be effective damage dealers in battle and should focus on taking damage for the party instead of dealing. However this is not true, one of the classes of Knights focuses purely on damage dealing and can be quite effective damage dealers and make fights go by quickly. The most commonly thought of build for Knights is the Tank, purely hp and defense these Knights earn the name as tank as they are not easily brought down. The “Hybrid Build” can be any mix and match of the two builds at any varying degree or level.

Knights can effectively make use of nearly all stats, gems, guild skills and technologies found in the game. Knights are naturally strong in Physical Attack, Physical Defense and Hit points as Knights are by nature a Physical Class. Physical Attack dictates the damage a Knight is able to deal during a normal attack, Physical Defense is the skill which blocks damage dealt by Physical attacks. Magic Defense is the stat responsible for the reduction of Magic Attack damage, Magic Defense can be a life saver for a Knight of any build. Charisma dictates the amount of troops you can take into battle, this can be useful for any build of Knight as it can help extend the life of your Troop Units during battle. Critical or Crit is the tendency or ability to land Critical hits and may increase the damage of your critical hits. Block is the stat responsible for the reduction of damage from Dodging or “Blocking” an incoming attack. Hit Points or HP as you already know is the Life Force of your character. All of these Stats are used by Knights for the exception of Magic Attack.

The following is a list and set of “Guidelines” on how to create the basic builds and a brief description of the Hybrid Build.

Firstly the Tank, this build relies heavily on High Defense and block values as well as a large supply of HP. Tanks should focus on the Defense skill tree with skills such as Agoran Shield and Reverse Damage as these skills are more defensive moves that allow the tank to function as a shield. In the group setting Tanks act in the front and take the largest amount of damage allowing the other party members to deal large amounts of damage with fairly low damage intake. Due to High Hp, Defense and block values Tanks often take little damage and have a long battle life. Runes that work well for the Tank are Group Regeneration, Healing and Guardian runes as they regenerate Hp or reduce damage taken. Overall the purpose of a Tank build is to reduce damage taken and is often best suited for group fighting until later levels when the basic skills of a Tank Knight can become devastating when stats and overall numbers for the Knight player can become immense. Creative use of gems and troops as well as technologies can allow this character to become a powerhouse. Gems used by these knights should be Pdef, Mdef, Block and HP gems while making sure to max out guild skills and Technologies in the Defense, Intellect and Stamina areas as these provide Pdef, Mdef and HP. For added damage they may add Patk and Crit gems as well as attack technologies. Astrals that work well for this build are ones that increase HP, decrease damage, increase block, pdef and mdef as well as ones that restore hp under certain circumstances or reflect damage.

Secondly there is the DPS or the Damage dealer, the PvP and PvE oriented Knight. This build focuses on the top skill tree which are the offensive skills. This Knight focuses on Patk, Critical and can also focus on Hp for a longer life span in battle. This build focuses on heavy hits and can be effective in PvE and PvP settings as their damage output can be through the roof. These Knights often sit in the back of the battlefield and deal damage from afar in groups, but if their defense values are low they can find that low patk values still cause moderate damage to them. These players can find themselves well rounded with the proper gems and technologies along with good formation, this form of Knight can be swift and deadly, bringing down even the toughest opponent in a short period of time. The main gems are HP, Patk and Crit, techs are HP, Patk while Guild skills are power and stamina. To help balance and provide more defense this build can use Pdef, Mdef and Block gems, techs and guild skills. Astrals that can be used effectively by this build are ones that increase damage, critical hit, cancel crit but raise damage and even some defensive astrals.

Lastly there is the Hybrid Knight. This is not so much a “Strict” or Basic build. There are many different ways to build a Hybrid Knight as there are many different levels of hybridization. The varying levels and degrees of Hybridization can be anywhere from minor, to major. The Hybrid Knight can take the strengths of both skill trees and create a powerhouse Knight with a balanced combination of Attack and Defense. Technologies, Guild Skills, and Gems can be a Hybrid Knights best friend, providing the much needed boosts to raise their stats to needed levels and allow a Hybrid to Balance or stack stats how they please. This build can be adjusted and built to ones own personal playing style and can be a powerhouse in PvP and PvE battles while combining the Awesome damage of the two main classes of Knights. This type of build has the widest array of Astrals that can work for this build, certain astral combinations may be a lethal combination for some player styles, to find the best combination for you, experiment and see what works with how you play.

A basic overall Knight build, that is more or less a tank type relies on a fairly well balanced stat set where Patk and Pdef are fairly even and has a fairly high Mdef and block stat with maximal HP. Critical is a wasted stat on this build. Charisma is a stat that is more important for arena, BG and solo campaign runs as well as plundering and such. This build utilizes all of the passives available to knights while focusing on the defensive skill tree. This build will get the best results from using Pdef, Patk, Mdef, Block, HP, crit disable, % dmg reduction, and % dodge increase astrals.